Have you ever thought about grinding your own cinnamon? Cinnamon preserves essential oils in a stick thus homemade cinnamon powder is powerfully fragrant and packed with flavors. Moreover, it lasts longer.

Thus many people prefer to buy cinnamon sticks. However, sometimes you have a recipe that requires cinnamon powder instead.

Well, today we will explore some easy ways how to convert cinnamon sticks into DIY cinnamon powder.

“As an Amazon Associate, I earn from qualifying purchases.” Read full disclosure here.

Cinnamon is a spice that comes from the inner bark of a tropical evergreen tree called Cinnamomum tree.

Cinnamon in other languages called  Zimt  (German), Canelle (French), Canela (Spanish), and Dalchini (Hindi) is the most used baking spice in the world.

Well, cinnamon is considered a warm and sweet spice that adds both fragrances as well as a sharp taste to any dish, mainly desserts, and bakes.

Freshly ground cinnamon smells like heaven. You can use it in many of your cooking and baking projects. From simple recipes like this cinnamon apple tea latte to more complicated cinnamon bread cinnamon adds a specific taste and fragrance that is hard to beat.

However, the use of whole cinnamon sticks is a bit different. I like to use cinnamon sticks in tea. I just simply throw 1 cinnamon stick into a casserole with 1 cup of boiling water and let it simmer for 5 minutes. Remove the stick before serving. It tastes great with honey and lemon.

I also like to infuse cinnamon sticks in alcohol, honey, or oil to extract their flavors and medicinal benefits. The longer you leave the stronger benefits and taste of cinnamon you will get. That way I infused cinnamon stick in this homemade cough syrup or fire cider.

Cinnamon possesses anti-inflammatory, antioxidant, and antibacterial properties and helps fight acne. It's a great ingredient for DIY skincare such as facial masks.

How to make cinnamon powder

There are several ways for grinding cinnamon sticks and making homemade cinnamon powder.

Each method requires specific tools or equipment you might already have at home.

Before we start make sure you have very good quality cinnamon sticks at your disposal.

Let’s start with the simple grater that I use when I  prepare cinnamon powder. This method is great when I just need a bit of cinnamon powder for a topping or to dust my cappuccino. I have a set of small graters that I use for nutmeg or parmesan. This zester also works for a cinnamon stick. The powder is not as fine as the one from a blender however it works great for any topping or dusting.

Another way how to make ground cinnamon from cinnamon sticks is to use a heavy mortar and pestle. The heavier the better to help you grind the cinnamon bar. Snap cinnamon into pieces to start the breakdown. Then take the pestle and turn it fast until the cinnamon is crushed into powder.

For the third method of grinding cinnamon sticks into powder by hand, you will need a meat tenderizer or other heavy blunt object. Place your cinnamon into a Ziploc bag and you can keep crashing it with a meat tenderizer or the bottom of a coffee mug till you achieve desired consistency. Even A wooden rolling pin might also do a job.

Keep in mind that you might not achieve the consistency you are after however.

The best way however to grind cinnamon into a powder is to use a spice or coffee grinder right before you need to use it.

Makes it a bit easier, but still, break the cinnamon to start so the sticks don't get stuck under the blade. The kitchen pliers are a great way to crack the cinnamon. Cover it to start grinding. You should be able to hear when you no longer have big pieces left in the grinder. Stop and start again until your homemade cinnamon powder is ground to desired consistency.

Use a kitchen funnel and sieve to transform the powder into a glass container.

If you happen to have a high-speed blender like Vitamix it will also work great for this project.

In no more than a few seconds at the highest speed, you may get a fine DIY cinnamon powder. I used the highest setting with several stops each 20 seconds. It often has very fine powder on the sides and larger pieces at the bottom. Strain it through the sieve to remove the fine powder and continue to crash the remaining chunks of cinnamon bark. The Vitamix always works better if you have a higher amount of cinnamon sticks and you can use the pestle to mix the powder while blending it.

Another alternative could be a food processor. Depends on which type of processor do you have but it also might do the job.

How to store cinnamon sticks

In order to keep the freshness of cinnamon sticks as long as possible, store them sealed in a cool and dry place like a cupboard or spice drawer. When you keep cinnamon sticks away from moisture, heat, or bugs they can last at least up to 4 years. Use an airtight bag or container to avoid any strong odors contaminating them. The cinnamon stick can also be stored in a fridge or freezer to keep bacteria away and to preserve its rich fragrance and taste. HIgher the quantity, the better thus buying cinnamon sticks in bulk makes sense.

While it is advisable to use Cinnamon sticks before their expiration date they don’t get spoiled. However, over time, they will lose their potency and flavor. The best way to check if they still keep their aroma is to rub them between your fingers and check if they are still fragrant and tasty or if their aroma is already weak.

How to store cinnamon powder?

Similarly, the cinnamon powder should be stored in a dark and dry place To maximize its shelf life store it in containers with tight-fitting lids. The powder form of cinnamon should not be refrigerated.

No, the homemade cinnamon powder does not spoil, however, like other spices, it loses some of its flavors over time. Thus once you open the original package with powdered cinnamon try to finish it within a year past the best-by date to get the best quality.

You can also achieve a similar result with the use of a high-speed blender. Alternatively you can grind the cinnamon stick manually with a grater, Ziploc bag and blunt object or using a mortar and pestle.

As an Amazon Associate and member of other affiliate programs, I earn from qualifying purchases.

Did you make this project?

How to make a fire cider -potent herbal tonic

This rich Herbal fire-cider packed with antioxidants, minerals and vitamin C is an alcohol-free way to boost your immune system with nutrient-rich herbs, fruits and roots and warm up your body. 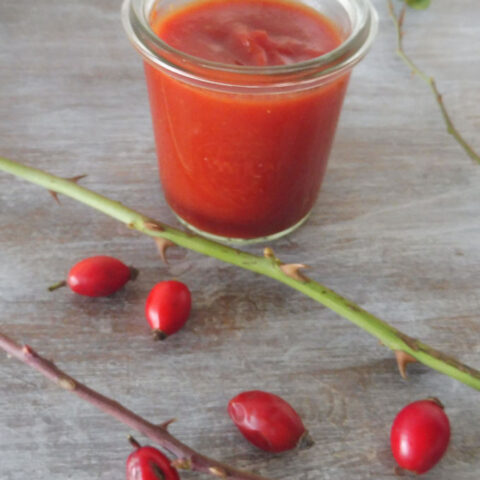 All you need to know about Rose hip jam

People have been using jam since ancient times to preserve fruits and even vegetables (yes, like carrot or caramelized onion) during the whole year.

This rich and fruity Elderberry jam makes for a powerful combination full of antioxidants and anti-inflammatory substances that can help you overcome the demanding flu and cold season. 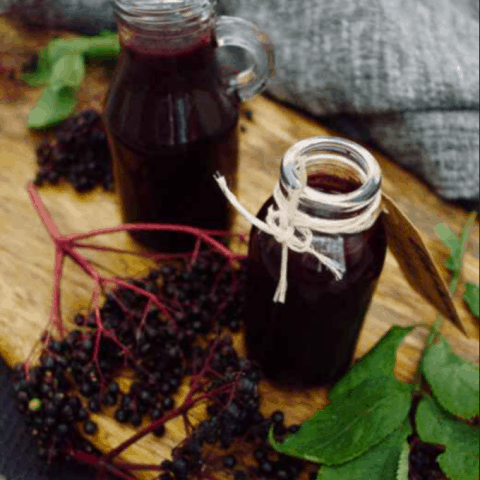 The best way to preserve Elderberries and use their superpower when needed is to make homemade Elderberry syrup. 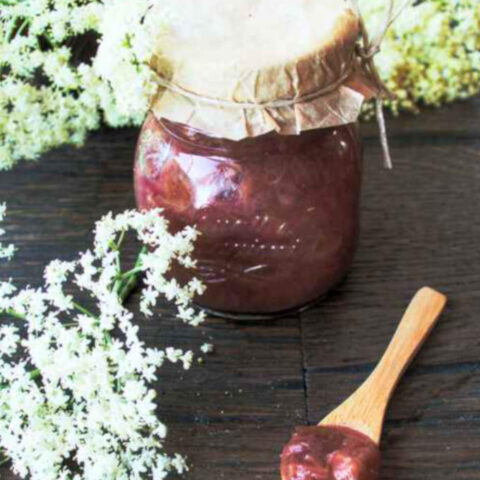 Elderflower Rhubarb jam with no pectin

This delicious rhubarb jam with health-boosting elderflowers makes a perfect seasonal combination that can be spread on toast, mixed in smoothies or served on top of baked camembert. 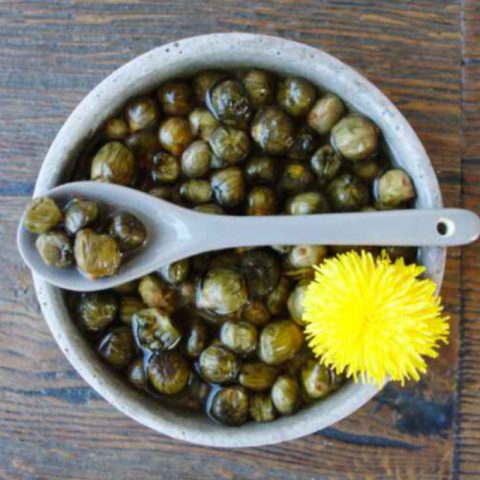 How to make dandelion capers

A great addition to any savoury meal, these dandelion capers are little concentrated doses of flavours that turn any ordinary dish into a culinary adventure. 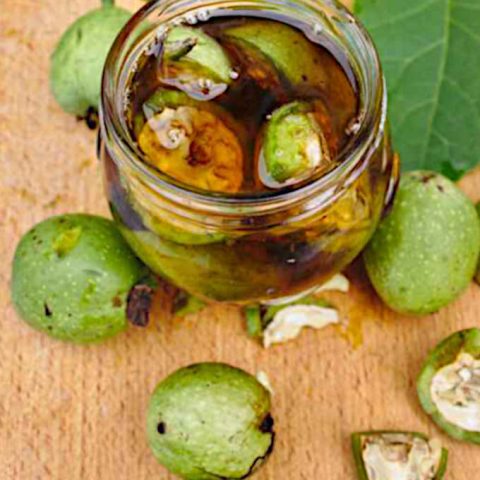 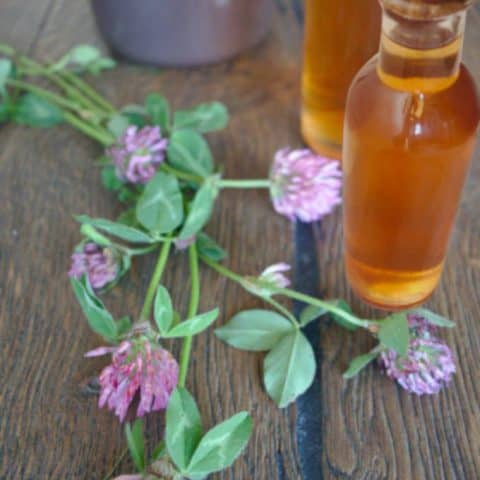 This homemade Red Clover medicinal vinegar is a powerful natural remedy that eases the most common menopause symptoms such as hot flashes, night sweats, and mood swings. 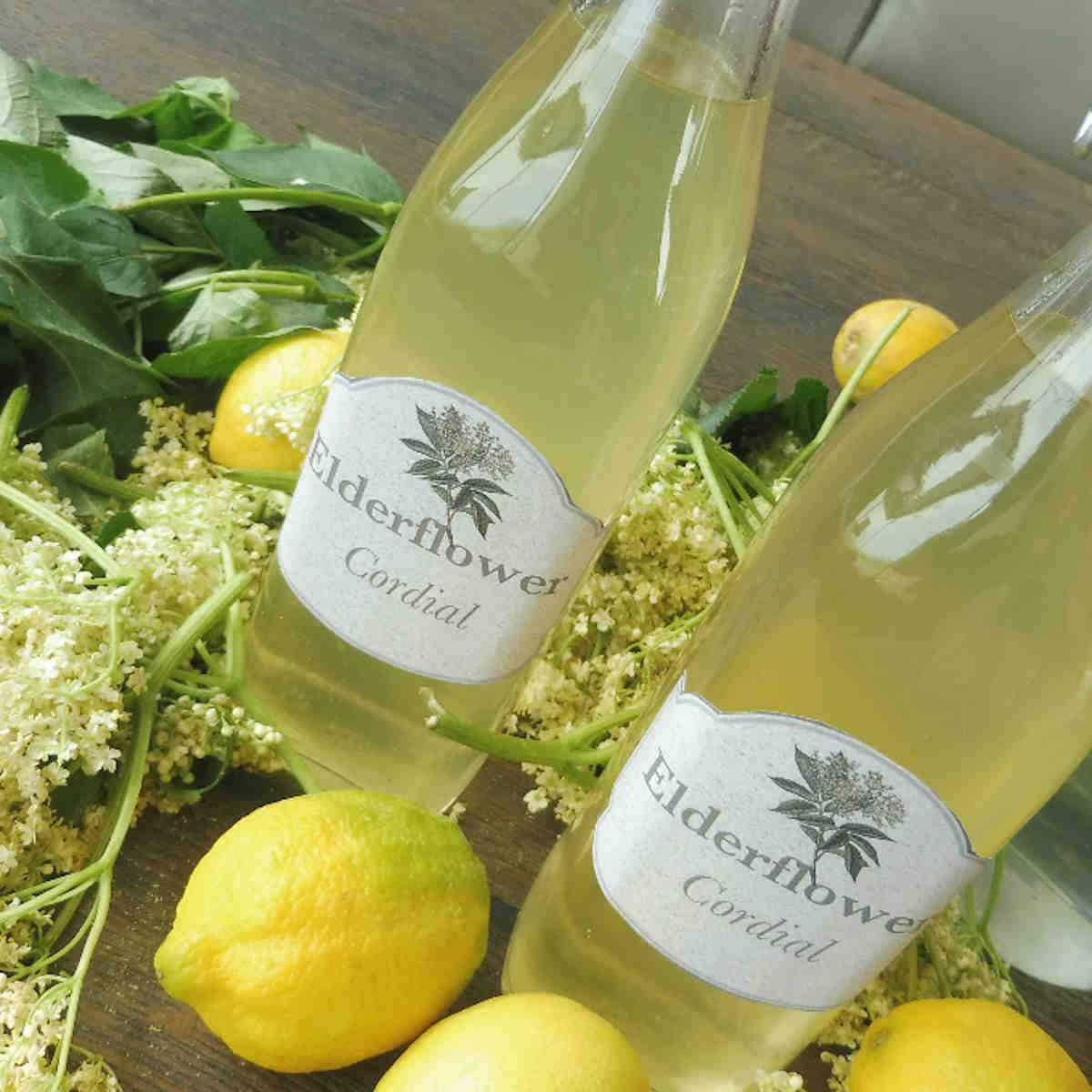 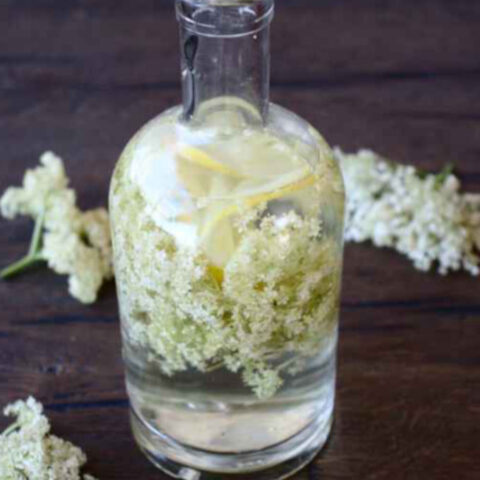 How to make delicate Elderflower liqueur

Capture the taste of elderflowers in this delicate and unique elderflower liqueur when it’s in season and enjoy it later by the end of July when the liqueur is ready. 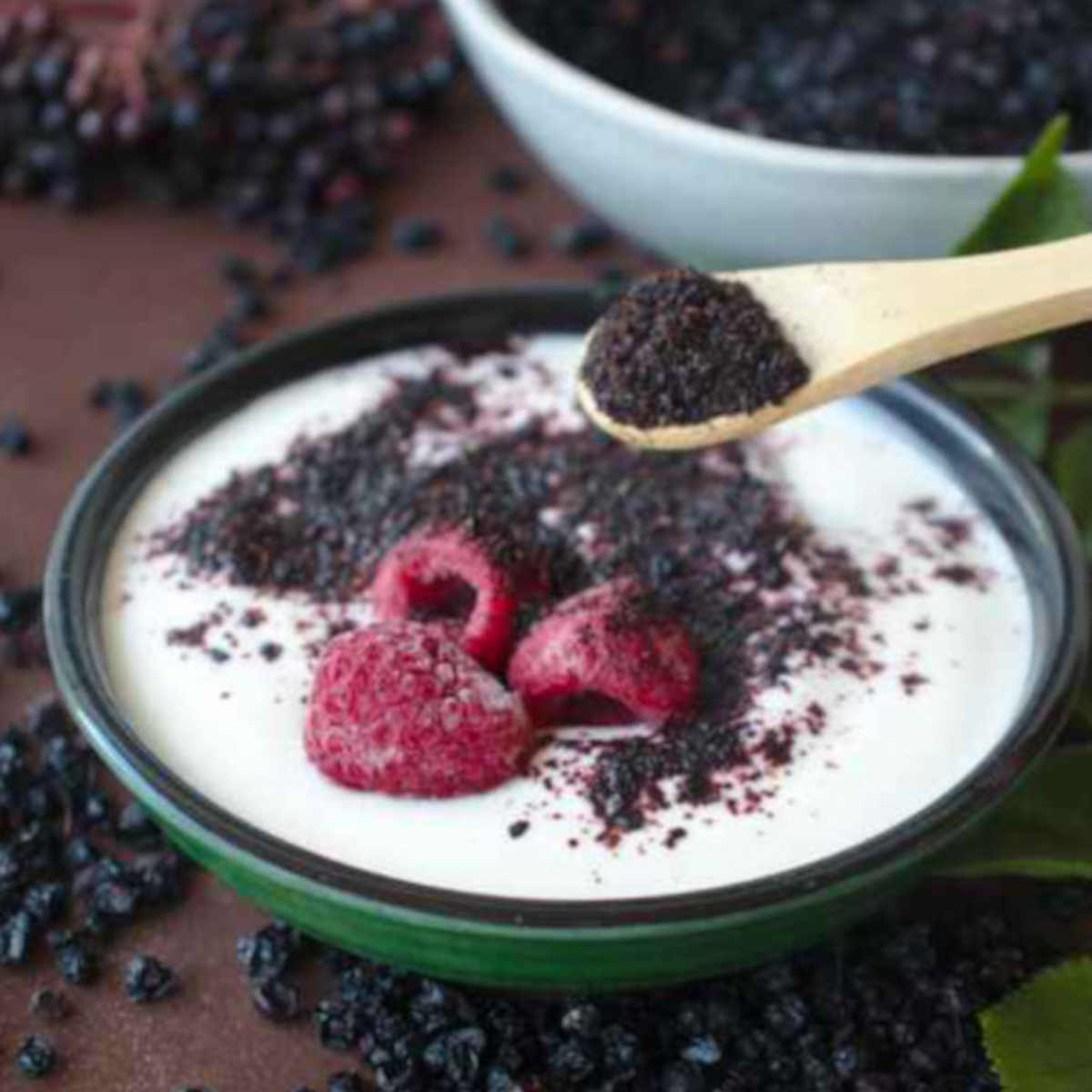 Elderberry powder recipe (and 15 ways to use it)

Elderberry powder is a versatile potent substance with a specific colour, taste and unmissable medicinal benefits that can enhance our plate. It is also a very convenient way to preserve elderberries. 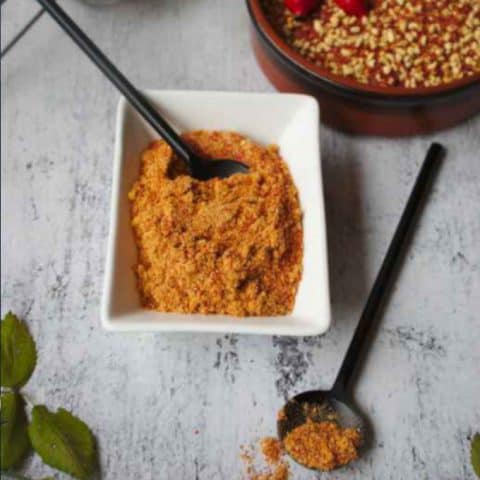 How to make Rosehip powder

Easy-to-make rosehip powder is a vitamin and mineral-rich herbal substance that will enrich your meal and enhance your skin. 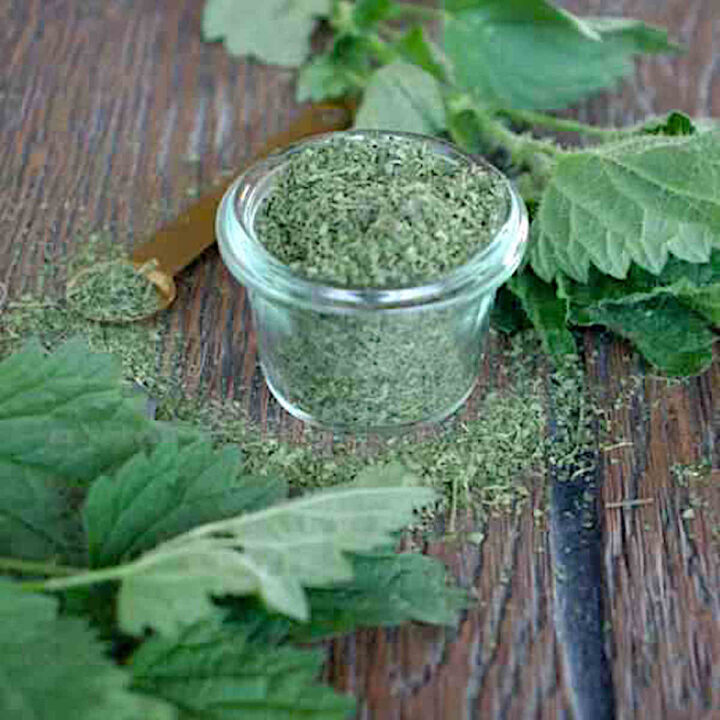 Superfood green nettle powder (and 10 ways to use it)

Made from dried nettle leaves, this superfood green powder is packed with nutrients and has great benefits for skin and hair. 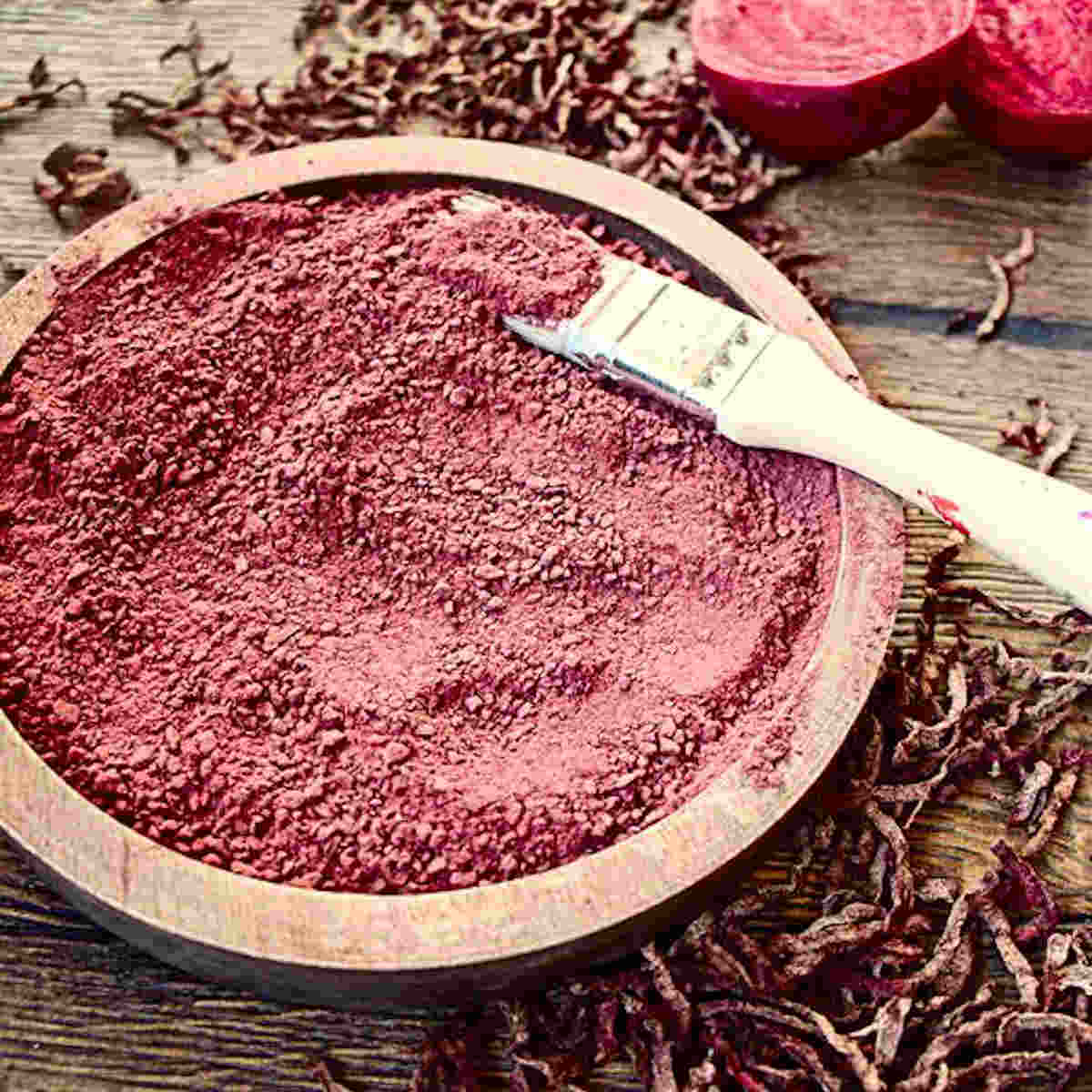 Beetroot powder recipe and its uses

Packed with nutrients, beetroot powder is a versatile substance that has many uses in the kitchen and in the cosmetic industry.

This site uses Akismet to reduce spam. Learn how your comment data is processed.

Helping folks become foragers and home herbalists so they can make healing remedies, natural skincare products, and healthy meals with wild herbs in their own kitchen.

A little about me

Hello, my name is Vladka and I started my herbal journey back in school Read More…